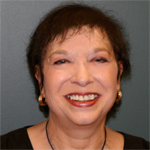 Professor Flitterman-Lewis' publications include: To Desire Differently: Feminism and the French Cinema (1st ed.; Illinois, 1990), To Desire Differently: Feminism and the French Cinema, (2nd edition; Columbia University Press, 1996), New Vocabularies in Film Semiotics (Routledge, 1992), Essay-Chapters in 30 anthologies; articles in 36 scholarly journals.  She organized Hidden Voices: Childhood, The Family, and Anti semitism in Occupation France (A symposium on daily life and material culture in France during World War II with an emphasis on the lives of children; Columbia University, Maison Francaise, April 3-4, 1998) and co-founded Camera Obscura: A Journal of Feminism and Film Theory and Discourse: Theoretical Studies in Media and Culture. Her work has been translated into French, Italian, Spanish, Korean, Chinese, Japanese, Turkish, Croatian, Russian, Basque, and German.  Her pioneering study of avant-garde French filmmaker Germaine Dulac was recognized at a major retrospective of the director's work at the Musee d'Orsay in Paris, where she was a featured speaker.