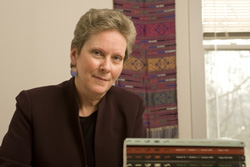 Mary Hawkesworth is Distinguished Professor of Political Science and Women’s and Gender Studies. Trained as a political scientist specializing in political philosophy, feminist theory, and philosophy of science, Hawkesworth’s scholarship encompasses both the critical interpretation of texts and the interpretation of contemporary social and political practices. Her recent research focuses on embodied power, women and politics; gender, globalization and democratization; contemporary feminist activism, and the politics of inquiry within the discipline of political science and the interdisciplinary field of women’s and gender studies. Since joining the Faculty of Arts and Sciences at Rutgers in July 1998,  she has served as the Director of the Center for American Women and Politics (1998-2001);  the Director of the Graduate Program in Women and Gender Studies (2001-2004); and Chair of the Department of Women’s and Gender Studies (2007-2010).  In 2005, she wrote a successful proposal to bring Signs: Journal of Women in Culture and Society, the leading journal in feminist scholarship, to Rutgers and has served as Editor in Chief for two terms (2005-2015). Hawkesworth is a founding member of the International Social Science Council Research Committee on Gender, Globalization, and Democratization. 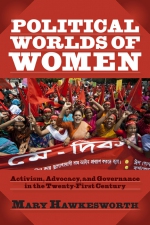 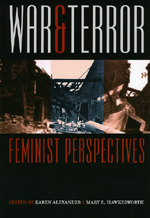 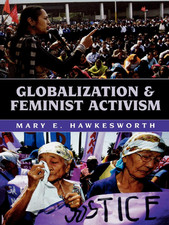 Professor Hawkesworth's articles have appeared in leading journals including: