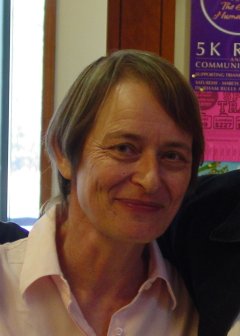 Ph.D. in Philosophy, University of Sydney

Professor Grosz has written widely on the body, sexuality, space, time, and materiality.

Professor Grosz's articles and book chapters have appeared in a variety of leading scholarly journals and edited collections.