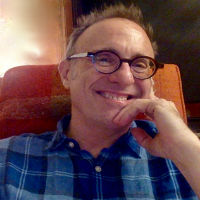 Recipient of the 2012 Award for Teaching Excellence from the Graduate School, Professor Cohen's main intellectual and personal passions involve exploring how the ways we make sense of the world both inform and deform how we make the world and ourselves along with it (whoever "we" "are"). He began exploring this conundrum by reflecting on why sexuality and gender have come to seem so natural and true to us in numerous articles and in Talk on the Wilde Side: Towards a Genealogy of a Discourse on Male Sexualities (Routledge, 1993).

Following this exploration, he began to investigate how the European legacy of "humanness" became fixated on distinguishing the living (human) organism from its life context and consequently why it came to seem as if "the body" naturally represents the proper metonym for the person. His most recent book, A Body Worth Defending: Immunity, Biopolitics and the Apotheosis of the Modern Body (Duke University Press, 2009), asks how we have come to believe that as living organisms our bodies are what separate us from the world rather than what connect us. Focusing on scientific medicine's appropriation of the 2000 year old legal and political concept of "immunity" at the end of the nineteenth century, it traces how the contemporary idea that our immune systems "defend" us against the world enfolds a complex of political, philosophical, economic, sociological, and biological assumptions which are neither natural nor necessary. Following from this project is his essay: "The Paradoxical Politics of Viral Containment; or, How Scale Undoes Us One and All" in Social Text, Issue 106, Spring 2011.

In the wake of these undertakings, he is currently writing two new books that address the biomedical devaluation of "healing" --which immunity effectively supplanted--in an attempt to reclaim healing as a resource for political, ethical, personal, and spiritual transformation. The first project, a philosophical memoir, Shit Happens, or What I Learned about Healing from Living with Crohn's Disease draws on his experience of almost 40 years of living with this chronic and intermittently life threatening autoimmune illness. The second, Appreciate Your Genius, seeks to rethink the current philosophical and political engagement with "life itself" by considering "Genius"--which in its original Latin usage denoted a personal deity incorporating everything impersonal about a person--as a "tendency" towards which life inclines but which also requires our attention and intention, i.e. our appreciation. Drawing on the writings of Bergson, Deleuze, and Foucault, this project redresses our failure to "appreciate Genius" as an immanent tendency whose actualization involves active and ongoing decisions by organisms, individuals, collectives, networks, and species. In other words, it defines Genius as a vital capacity that we must value and encourage in order for its transformative potentials to flourish.

Self, Not-Self, Not Not-Self But Not Self, or The Knotty Paradoxes of ‘Autoimmunity’: A Genealogical Rumination, Published by Routledge Taylor & Francis Group, Jan. 2017

The Placebo Disavowed: Or Unveiling the Bio-Medical Imagination, The Yale Journal for Humanities in Medicine