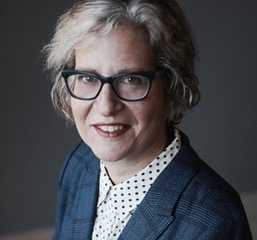 Arlene Stein is Professor of Sociology and a member of the graduate faculty of the Women’s and Gender Studies program at Rutgers. The director of the Institute for Research on Women, she is the author or editor of nine books. Her research focuses on the intersection of gender, sexuality, culture, and politics. She received the American Sociological Association’s Simon and Gagnon Award for career contributions to the study of sexualities. She teaches courses on the sociology of gender and sexuality, culture, self and society, and trauma/memory, and writing within and beyond academia.

Her latest book is Unbound: Transgender Men and the Transformation of Identity (Pantheon, 2018). She is also the author of The Stranger Next Door, an ethnography of a Christian conservative campaign against lesbian/gay rights, which explores clashing understandings of religion and sexuality in American culture; it received the Ruth Benedict Book Award. Her book Sex and Sensibility examines generational shifts in lesbian identities. Reluctant Witnesses: Survivors, Descendants, and the Rise of Holocaust Consciousness (Oxford, 2014), looks at how children of survivors became narrators of their parents’ stories of genocide. Going Public: A Guide for Social Scientists (J. Daniels, coauthor), is a guidebook for publicly engaged scholars. You can follow her at twitter @SteinArlene.