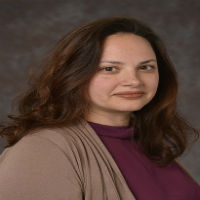 Since Professor Sanchez received her PhD in social psychology and women’s studies in 2005 from the University of Michigan (Ann Arbor), she has been on the faculty at Rutgers University. She is a member of the social psychology area and maintains affiliations with Health Psychology, the Health Institute, the Race and Ethnicity Center, and the Women’s Studies Department. Her research program consists of two lines, one of which concerns racial identity and minority status and the other, gender roles and identity in close-relationships.

Her research on gender in close relationships has addressed how gender role investment influences psychological well-being, sexual behavior, satisfaction, and functioning. She examines the extent to which externally contingent self-worth explains some of the costs of investment in gender ideals. In her lab, she and her students address various aspects of the gendered experience (e.g. stigmatization, perceptions of vulnerability, motivations, relational self-concepts, perceptions of the body) and how these experiences influence male-female relations and psychological health.