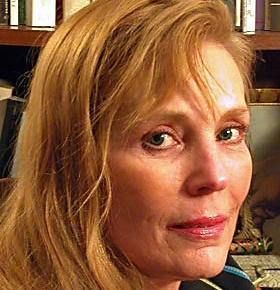 For the past several years, Professor Flieger has been lecturing and teaching worldwide, as part of her research on globalism and millennial theory. In 1995 and 1996, she was keynote speaker at the University of Nanjing and the University of Beijing in the People's Republic of China and at Cyberconf 96, the international conference on new media sponsored by Telefonica. In 1997, she taught seminars at the University of Cape Town and Rhodes University in South Africa and at the Janos Pannonius and Svegad Universities in Hungary, and lectured in Rio de Janiero, Brazil (Sociedad Psychanlica Internacional). In 2000, she spent a semester at the University of Melbourne (Australia) as Distinguished Visitor; gave a series of public lectures at the India Institute of Technology in New Delhi; lectured in Japan at Kyoto University and the University of Yokahama as well as at the Institute for Media Arts and Sciences; and at the Harvard Center for Cultural Studies, Lacan faculty, and analyst seminar. This year, she is participating in an ongoing seminar at Cornell Medical School, New York City, History of Psychiatry Division. She has just completed a term as Chair of the MLA National Division of Psychoanalytic Approaches to Literature.

“Overdetermined Oedipus: Mommy, Daddy and Me as Desiring-Machine” in A Deleuzian Century (London and Raleigh, Duke University Press, 1999).