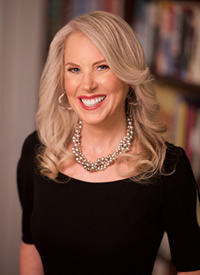 Jocelyn Elise Crowley is a Professor of Public Policy, a member of the Graduate Faculty in the Department of Political Science, an Affiliated Faculty Member of the Department of Women’s and Gender Studies, and a Senior Faculty Fellow at the John J. Heldrich Center for Workforce Development at Rutgers, The State University of New Jersey. She is currently studying the impact of “gray divorce”—divorce at or after the age of 50—on the lives of men and women across the United States. Her book, Gray Divorce: What We Lose and Gain from Mid-Life Splits, was published by the University of California Press in 2018. Prior to this, the Alfred P. Sloan Foundation funded many of her research projects on mothers’ organizations in the United States, parenting challenges and public policy, and workplace flexibility. Her book, Mothers Unite! Organizing for Workplace Flexibility and the Transformation of Family Life, was published by Cornell University Press in 2013. She has also written extensively on the topic of family law and public policy, including her books The Politics of Child Support in America (2003; Cambridge University Press) and Defiant Dads: Fathers’ Rights Activists in America (2008; Cornell University Press). In addition to contributing to edited volumes on international fathers’ rights movements and motherhood politics, she has published numerous articles in the American Journal of Political Science, Social Science Quarterly, Review of Religious Research, Health Education and Behavior, Legislative Studies Quarterly, Journal of Public Administration Research and Theory, Publius: The Journal of Federalism, Marriage and Family Review, Justice System Journal, Perspectives on Politics, Social Service Review, Journal of Contemporary Ethnography, Sociological Inquiry, Women’s Studies Quarterly, Social Forces, Sociological Spectrum, Family Relations, Eastern Economic Journal, The Sociological Quarterly, Journal of Family Issues, Survey Practice, Journal of Women & Aging, and Women’s Studies International Forum. During the 2005-2006 academic year, she was chosen to be a Visiting Scholar at the Russell Sage Foundation in New York City. She spent the 2006-2007 academic year at the Department of Politics, New York University and the Social Indicators Survey Center, Columbia University School of Social Work.

Crowley is the 2018 recipient of the Warren I. Susman Award for Excellence in Teaching. The award is Rutgers University’s highest honor in recognition of outstanding service in stimulating and guiding the intellectual development of students at Rutgers University by a tenured faculty member. Dr. Crowley also received the 2018 Jerome Rose Excellence in Teaching Award presented by the Edward J. Bloustein School of Planning and Public Policy, Rutgers, The State University of New Jersey.

Chapters in Books or Monographs