By Year
By Month
By Week
Today
Jump to month

Please join us for a Virtual Lecture entitled Queer in Translation: Sexual Politics Under Neoliberal Islam on October 21, 2021 at 3pm est. 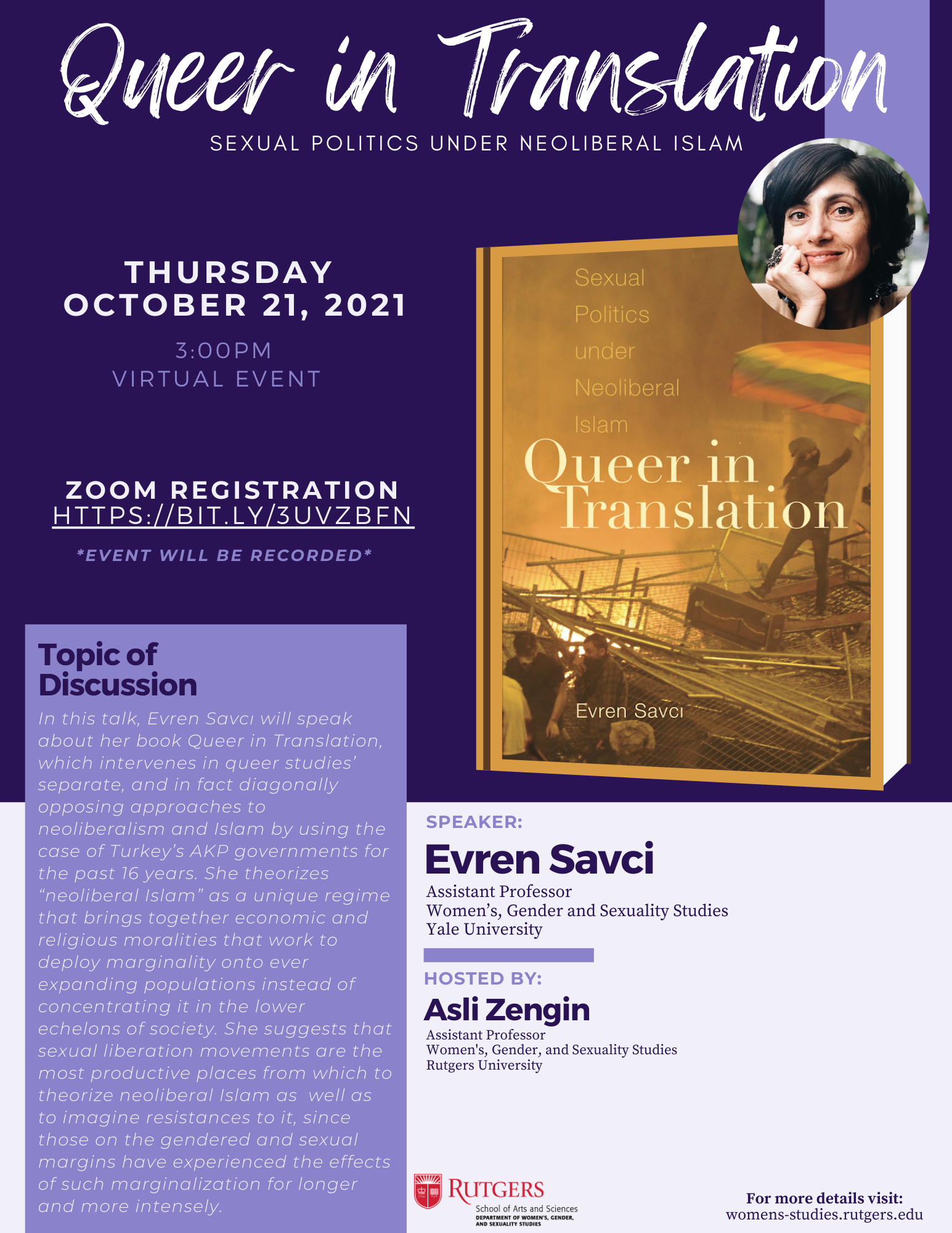 Short Bio: Evren Savcı is Assistant Professor of Women’s, Gender and Sexuality Studies at Yale University. Her first book Queer in Translation: Sexual Politics under Neoliberal Islam (2021, DUP) analyzes sexual politics under contemporary Turkey’s AKP regime with an eye to the travel and translation of sexual political vocabulary. Her second book project tentatively entitled Failures of Modernization: Polygamy, Islamic Matrimony and Relative Marriages in the Turkish Republic turns to these sexual practices that were deemed "uncivilized" and either heavily discouraged or outlawed by the Turkish Republic. Savcı’s work on the intersections of language, knowledge, sexual politics, neoliberalism and religion has appeared in Journal of Marriage and the Family, Ethnography, Sexualities, Political Power and Social Theory, Theory & Event, Journal of Feminist Studies in Religion and GLQ, and in several edited collections.

About the event: In this talk, Evren Savcı will speak about her book Queer in Translation, which intervenes in queer studies’ separate, and in fact diagonally opposing approaches to neoliberalism and Islam by using the case of Turkey’s AKP governments for the past 16 years. She theorizes “neoliberal Islam” as a unique regime that brings together economic and religious moralities that work to deploy marginality onto ever expanding populations instead of concentrating it in the lower echelons of society. She suggests that sexual liberation movements are the most productive places from which to theorize neoliberal Islam as well as to imagine resistances to it, since those on the gendered and sexual margins have experienced the effects of such marginalization for longer and more intensely.